I have HUGE problems with the house… particularly the shower, problems being – it’s SO AMAZING and beautiful and lovely that I don’t want to EVER leave it, I find it really hard to get out of my lovely shower because its so lovely and it makes me late for everything!

Tim Barton, of Barton Corporation, was instructed by me on a three story extension to my home in Boxmoor, and I am delighted with the results. Tim is a meticulous worker with acute attention to detail, which I think might be rare in this industry. The finishings have been perfect, and where not, he has been the first to say so and correct off his own back. As with any building project there are challenges, and communication and early resolve is key. Tim does not suffer fools gladly and is very strict about what happens on site when he is managing a project, to his credit. This might not be well received by those with different ideas, but Tim absolutely always has the best interest of the client and the project at the forefront of what he does. He will not rush a job, and baring this in mind will set his own realistic time frames in this respect so that he can keep on his timeframe and within your budget. Tim has been on hand promptly for post construction remedial works and to assist immediately where necessary to resolve anything outstanding. I have no problem recommending Tim for your next project and welcome further communication if anyone would like any further information or advice. 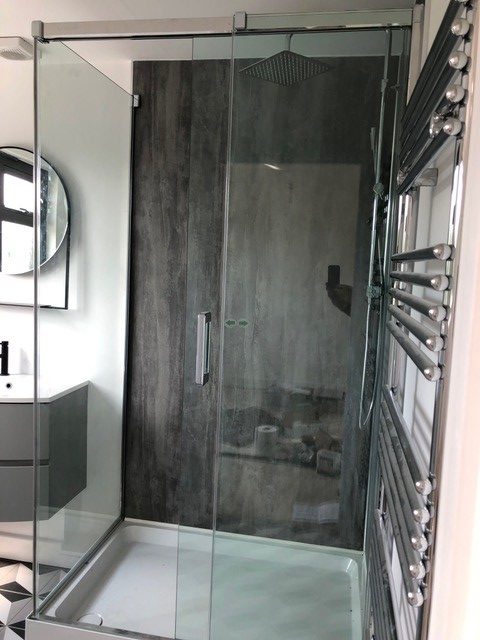 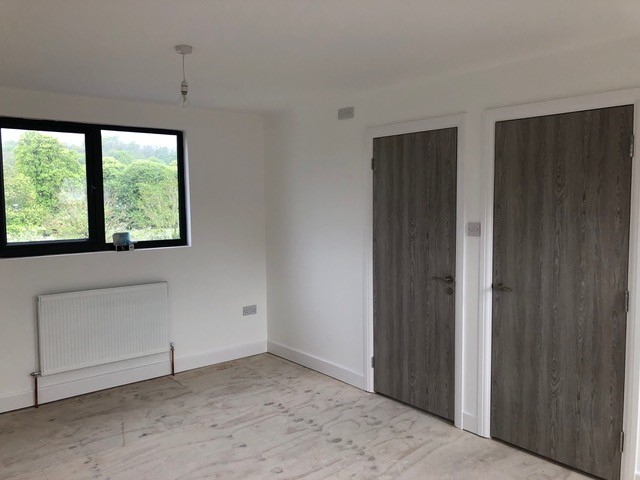 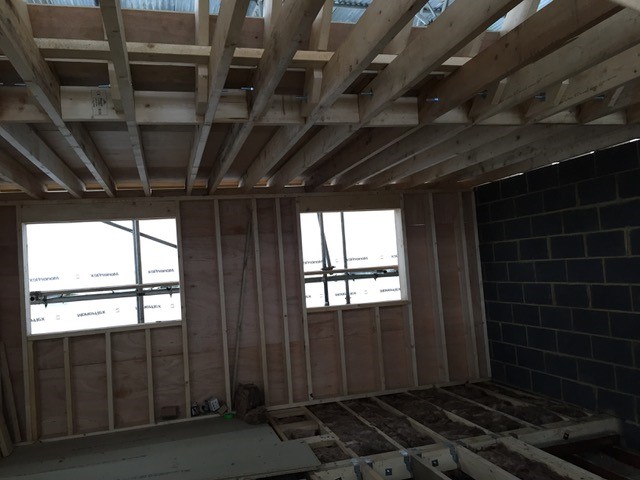 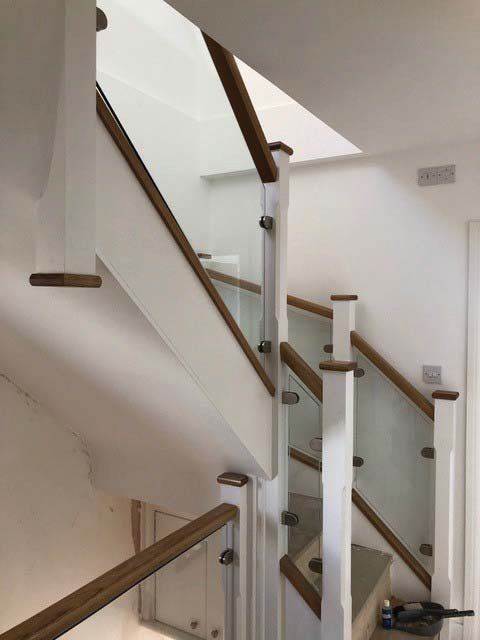 For a long time my husband and I have wanted our kitchen transformed, but haven’t known what to do. We had had several people in who told us what we wanted would not work. Then we saw the advert in Boxmoor Direct for Tim Barton of Barton Corporation. Immediately he suggested an alternative that no-one else had thought of. And so he set to work. It was a huge transformation involving the loss of a major wall. Initially I was nervous, but it soon became apparent that Tim had everything in hand.

Tim had good ideas, and though he always took our ideas on board, his were usually better. He was there every day, arriving in time to have a conversation before I set off for work. He kept us up to date at all times. He and his helpers were a pleasure to have around. Most importantly, for Tim everything has to be perfect and he doesn’t give up. This as a customer is exactly what you need. The end result is exactly what we were after. The final bill was as expected with no hidden surprises. Thank you Tim and your team. 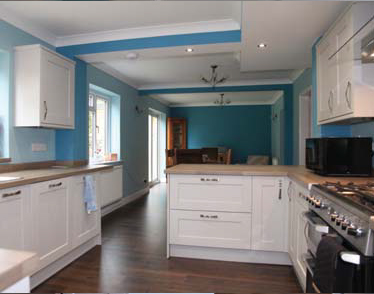 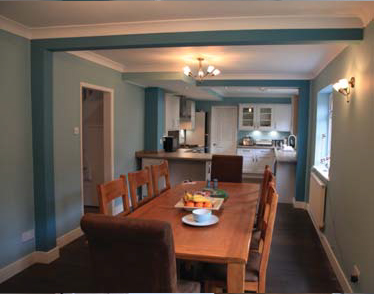 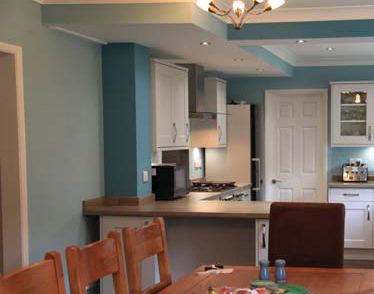 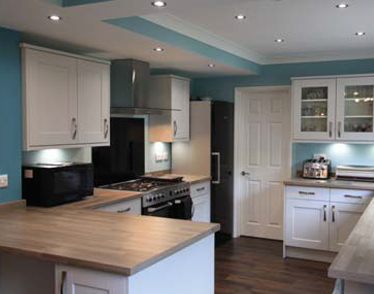 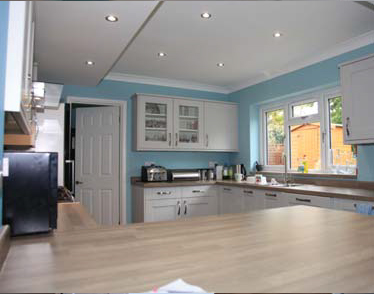 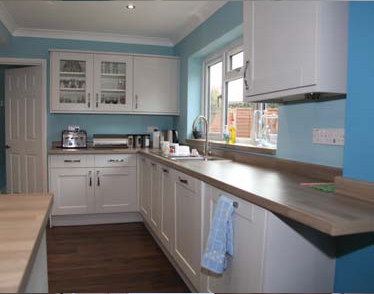 Last week (June 2016) we moved up into our new large loft bedroom. We live in a Victorian end of terrace, and for various reasons, little about the design was straightforward, but the result is brilliant… Barton, of Barton Corporation Ltd, is Tim Barton. TBC are a long – established local firm, with a great local reputation. He and his surveyor designed a bedroom with an en-suite which is much bigger than we had thought possible.

Throughout the build , Tim was either on site working himself, or visited the house every single day if people from his team were here but he was based elsewhere. He communicated with us in plain English throughout – both verbally and with regular written updates. He was always easily contactable. The house has peculiarities and there were unforeseen costs, but we were advised to budget for this, and were always consulted about the most cost- effective options. All involved were meticulous, with Tim meticulous almost to the point of obsession!

He is an experienced, highly qualified builder, plumbing and electrical engineer, and works with a team of local, highly skilled (and importantly, very pleasant) tradesmen. It was evident to us that Barton Corporation Ltd genuinely want the finished result to delight the customer. In our case, it has done precisely that: the loft conversion is fantastic and was well worth both the cost and the wait. They don’t do rushed, cheap and cheerful, but if you want an
excellent job, by a professional team, at what seemed to us to be a reasonable cost, I’d advise you to contact them.

We have been delighted with the extra space that the loft extension carried out by The Barton Corporation. They delivered exactly what they promised from drawings through to completion, when you add to this the friendliness and professionalism of all the team we had a great experience and would be happy to recommend Tim and his team. 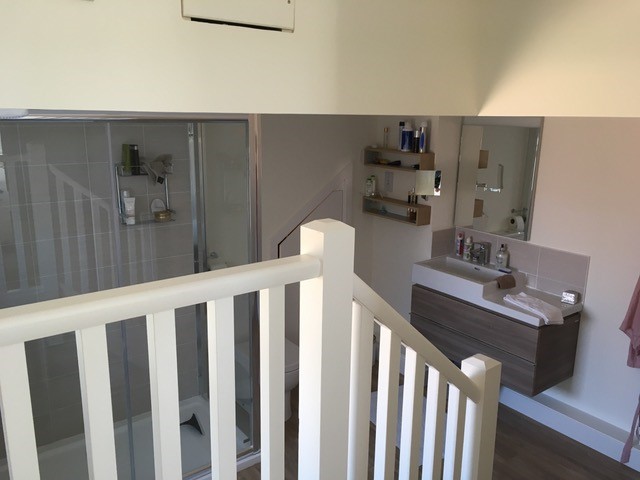 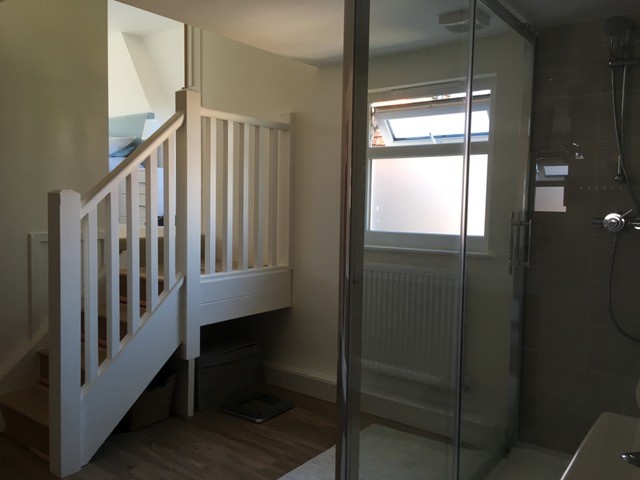 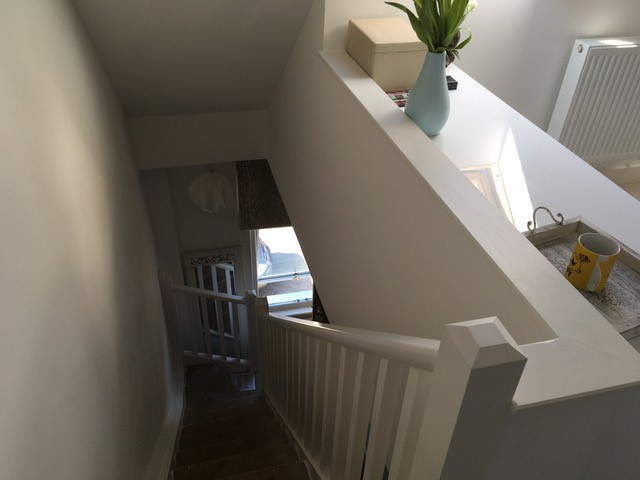 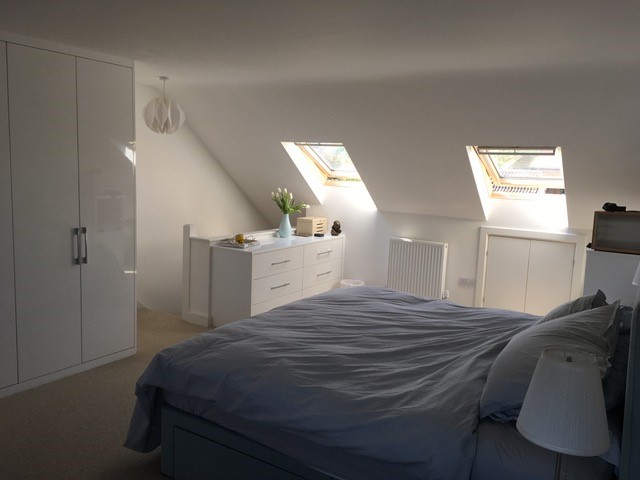 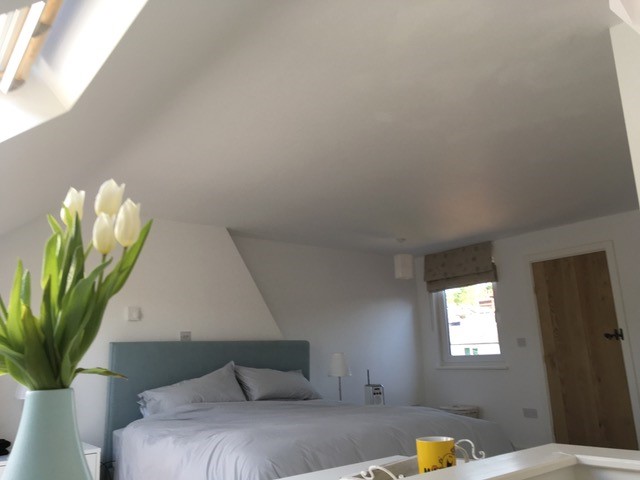 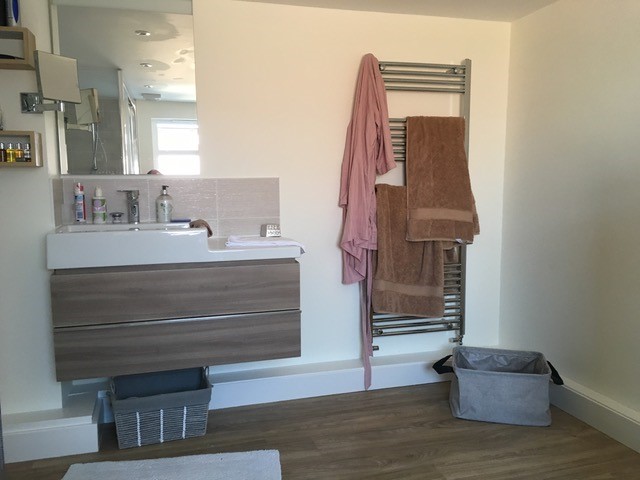